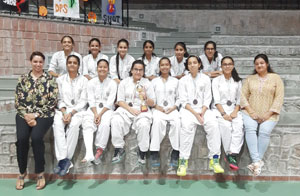 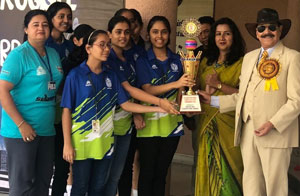 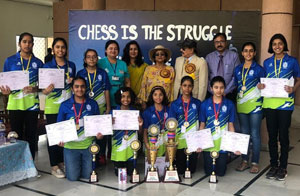 In the individual championship the first four ranks has been bagged by our school students. Our School organised All India IPSC Chess Boys Championship 2019 in which 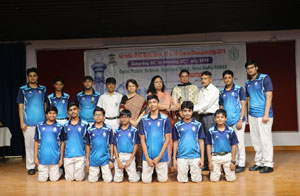 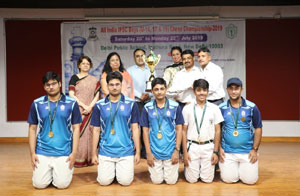 In the Same Tournament U-14 boys bagged bronze medal.

In the All India IPSC Cricket Tournament 2019 our U-19 boys team secured third position held at Modern School Barakhamba from 12th to 17th may 2019. 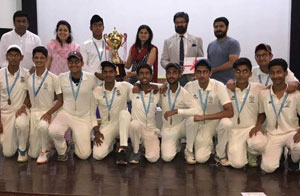 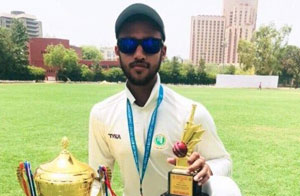 Utkarsh Jain declared as the Best Bowler of the tournament 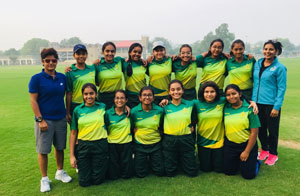 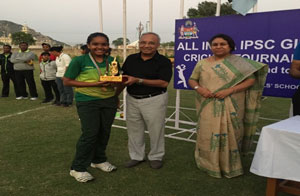 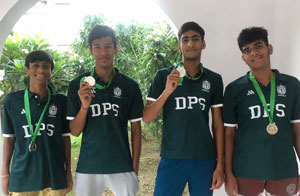 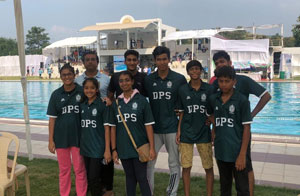 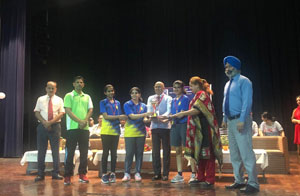 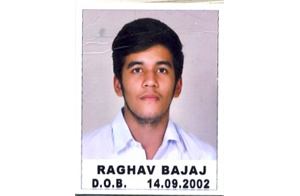 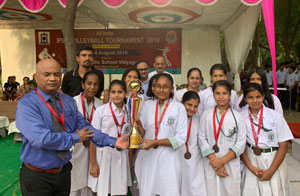 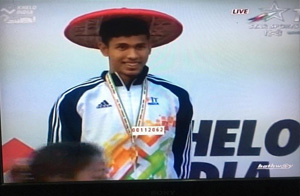 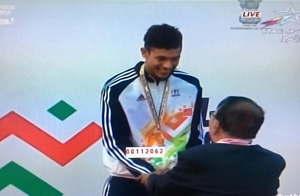 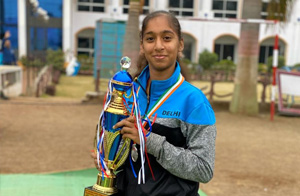 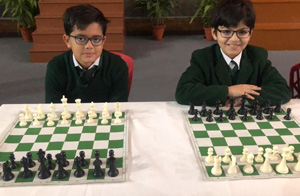 DPS Mathura Road organized ‘The Sports Day’ on 17th February 2017 for Classes VI-VIII. The Chief Guest for the event was Dr. D.R. Saini, Director DPS Society while Ms. Richa Mishra, International Swimmer and a Dipsite was the Guest of Honour. In his address, Principal Shri Manohar Lal welcomed the distinguished guests as well as the proud parents of the participants. He took oath on the behalf of Dipsites and urged the students to participate with a true spirit of sports. Speaking on the occasion, Dr. Saini said that sports and games foster team spirit among the participants and make them disciplined, while Ms. Richa Mishra acknowledged the role played by the school in shaping her career, she was highly indebted to her alma mater. She also said that dedication and hard work are the key to success.

The Sports Day in which more than 700 students participated aimed to ensure mass participation and promote sports and games among the students. Moreover it was a perfect platform to honour International and National/IPSC/CBSE/Inter DPS position holders as well as other participants who brought laurels to the school.

The day commenced with the lighting of the torch followed by the march past, 100 metres race for Class VI boys and girls, 4x100 metres relay race for Class VIII boys and girls followed by Cards, Umbrella and Hoops mass drill. Cards mass drill showcased the theme of the school‘ Service Before Self’, they also displayed formation of Olympic Rings and the Map of India. Umbrella mass drill was based on the theme of women empowerment while Hoops mass drill highlighted the theme of national integration. This was followed by a tug of war between parents and teachers. There was also a mesmerizing Rhythmic Yoga performance. The Head of the Sports Department, Dr. Vikas Dutt presented the sports achievement report for the session 2016-17. The ‘ vote of thanks’ was rendered by the Vice Principal Mrs. Asha Tuli. The sporty day came to an end with the gathering rising up for the National Anthem.